Starting Saturday, March 5, face coverings will be optional for ICA visitors in accordance with City of Boston guidelines. Within the ICA’s education spaces, face coverings must be worn by all (including teens, educators, teaching artists, and staff) at all times, regardless of vaccination status. See our FAQs on Covid-19 Policies for details. 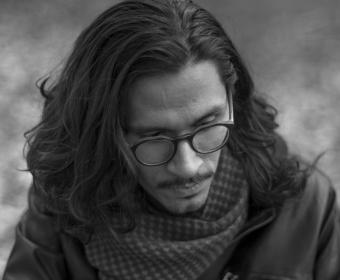 Utilizing time and space as his canvas, Rene explores socially conscious issues from a youthful perspective. As a Boston-Peruvian videomaker he strives to better understand community issues while exploring new visual languages through digital video.

He began making films in the ICA’s Fast Forward program and has graduated from Emerson College. Rene has gone on to produce award-winning films and music videos and currently works as a freelance videographer in the Boston area.

In addition to his work at Urbano, Rene has worked with The ICA Boston’s Teen New Media Programs. His films have shown internationally at ‘Media that Matters’, The Human Rights Watch Film Festival and locally at the Museum of Fine Arts Boston.