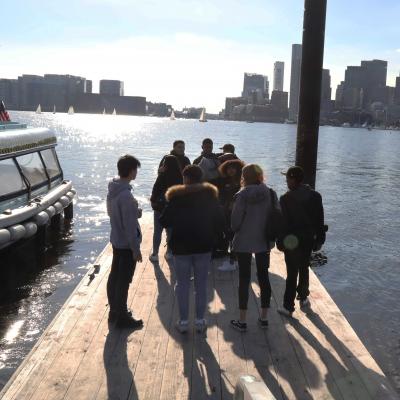 As part of the ICA's continued engagement with East Boston, the ICA Teens Special Focus and Advanced Digital Photography classes took a field trip on Saturday Dec. 1st to East Boston, in order to visit landmark sites, meet locals, and take pictures. We met at the ICA Seaport and took the water taxi across the harbor to Maverick Landing and walked to our first stop: Zumix, a long-running youth arts organization with a highlight on music and audio work. 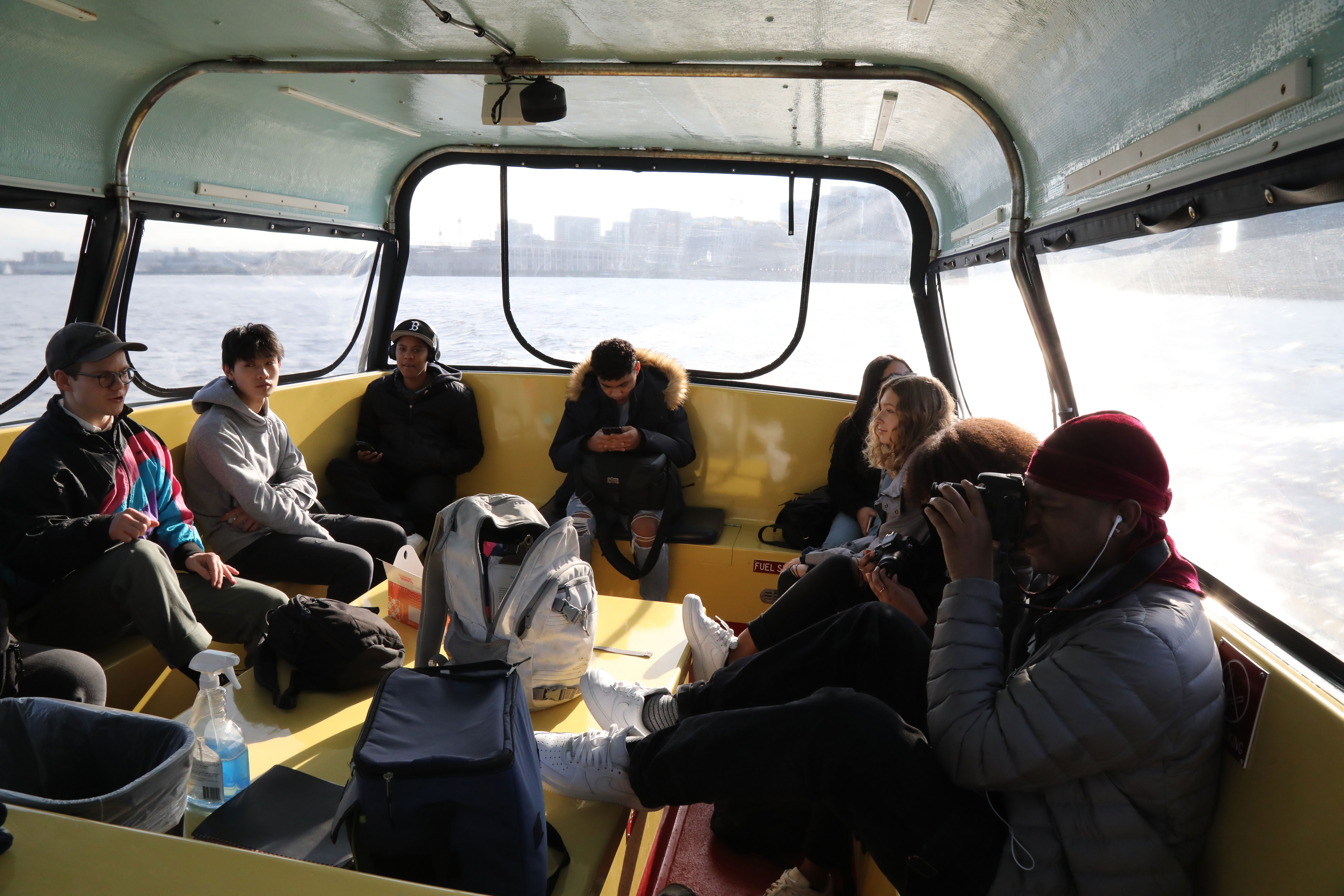 We met Rene Dongo and Brittany Thomas, two staff working mainly with the Radio Lab, at Zumix. They showed us around and introduced us to Sindy Castillo, a local Latinx activist who brought a couple teens and staff to a nearby church that was offering community services. 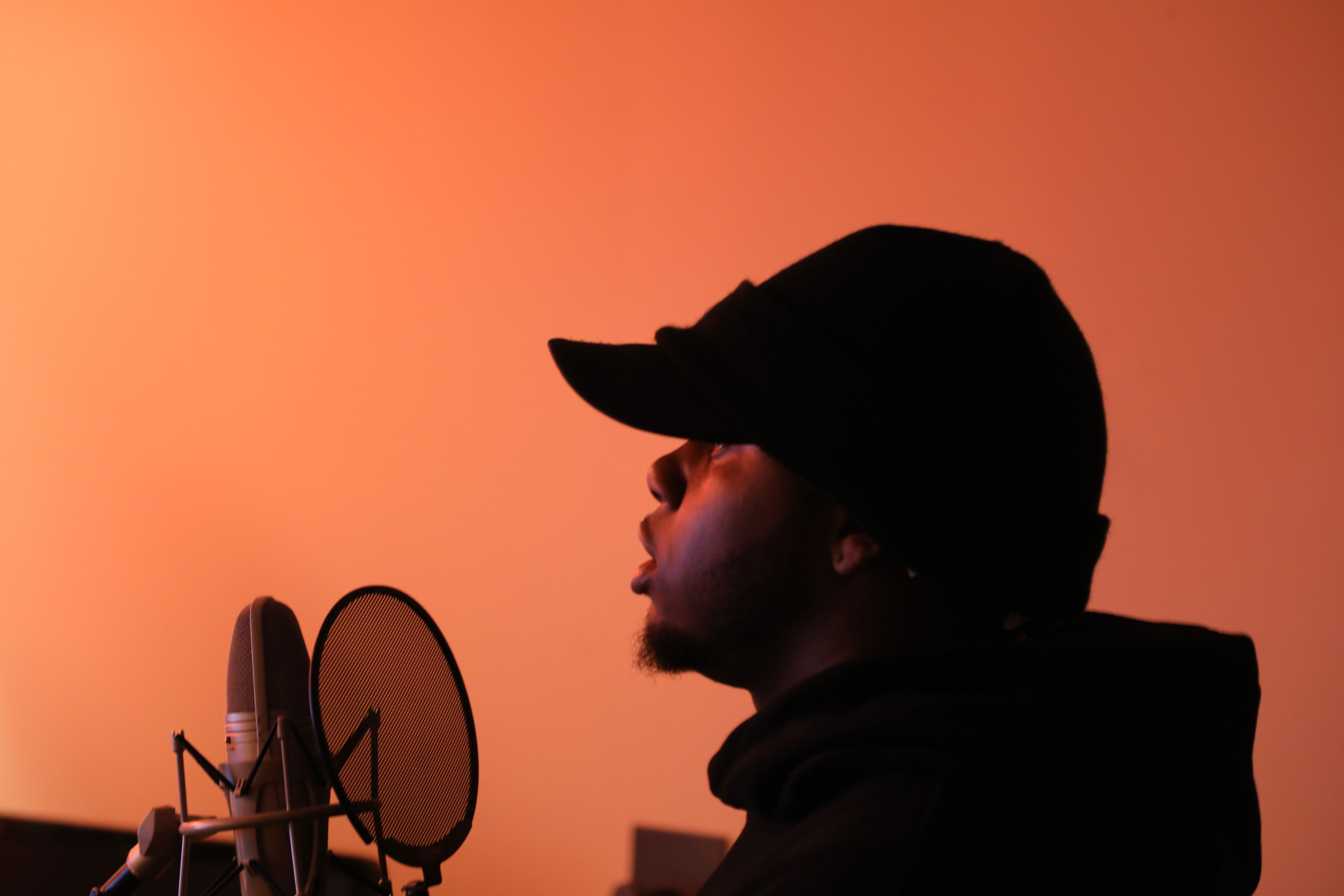 After spending time with the teens and staff in the Zumix Radio Lab and Beatmaking Studio, we made for Eastie Farms, barely a block over. Director Kannan Thiruvengadam met us and talked the group through the inspirational history and many features of the publicly owned urban farm. 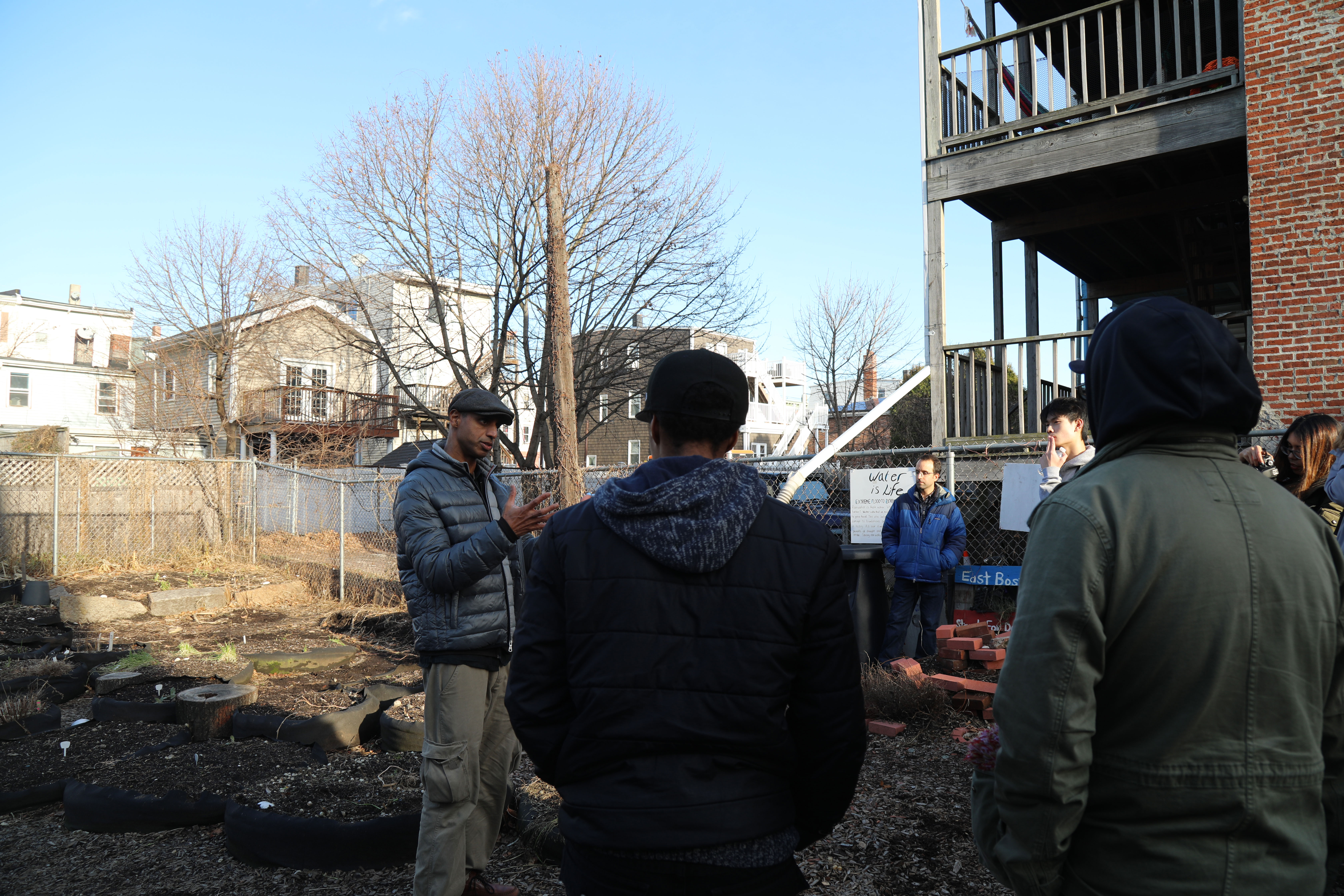 Kannan also led us to the East Boston Greenway, which is currently installed with a public artwork called FutureWATERS/AGUASfuturas, which demonstrates in real-space the anticipated flood water levels of 2030 and 2070. We could see clearly that the levels of 2070 were dangerously high --up to and above the heads of many in our group! 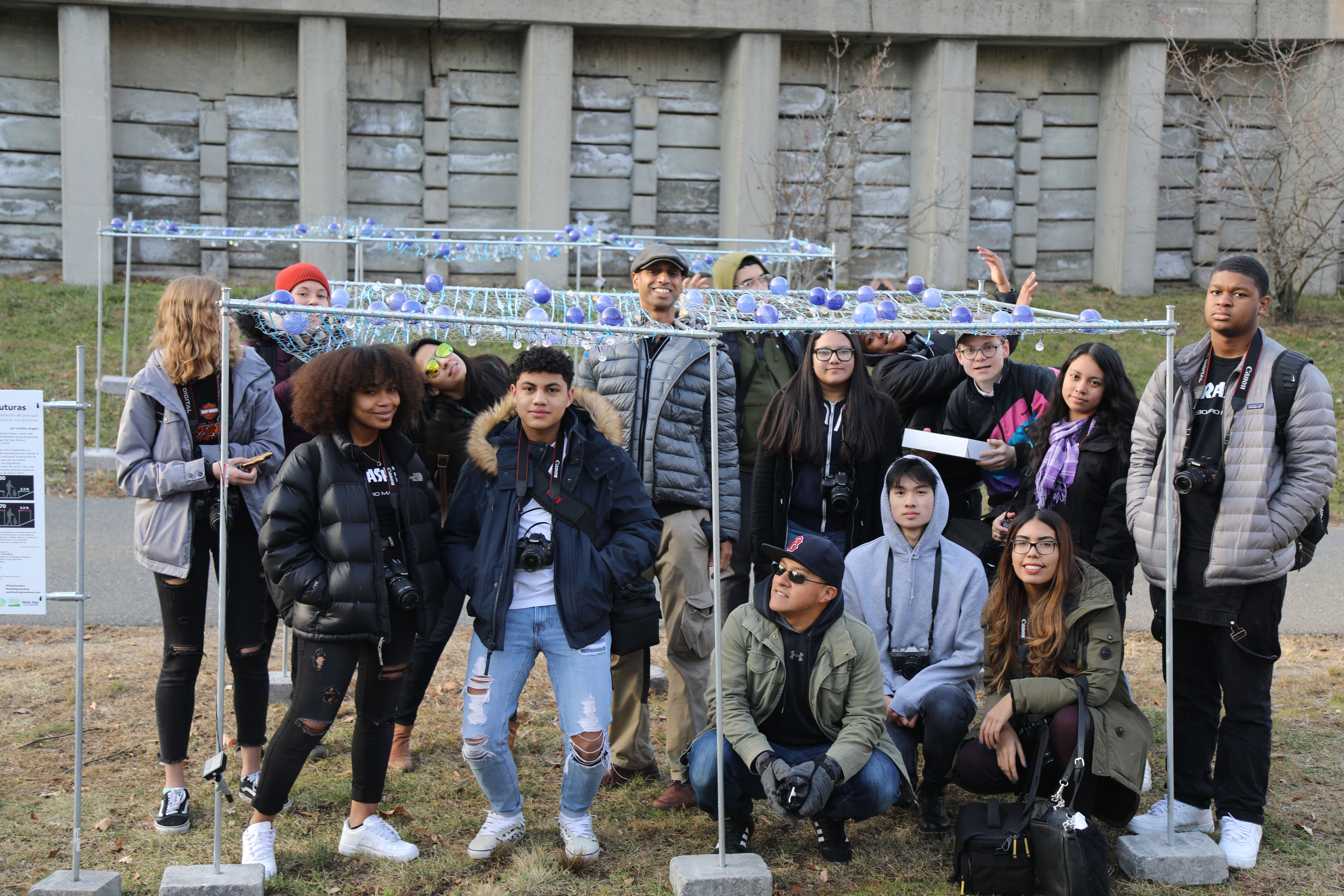 Our second to last stop was Atlantic Works Gallery, which is run out of a warehouse building off of Border St. by the East Boston Artist Group. There we met members of the Group, drank homemade apple cider, and enjoyed the artwork on display. 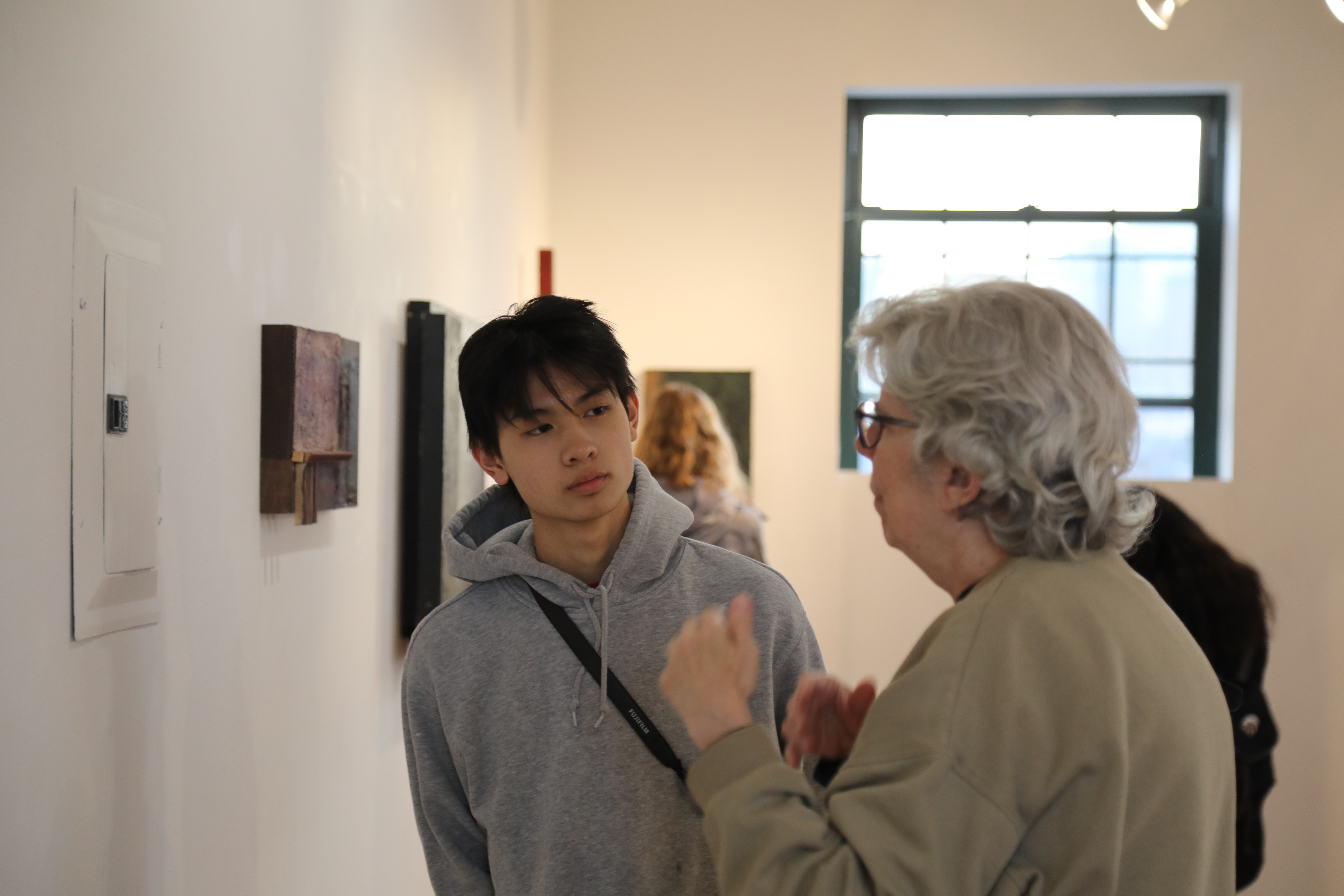 At about 3:30pm, with the sun barely still in the sky, we left Atlantic Works and walked back along Sumner over towards Maverick Station.  Before hitting the Blue Line and going our separate ways, however, we made sure to stop in at La Sultana Bakery and enjoy some fresh, crispy empanadas as a group, reflecting on our day with the neighborhood. 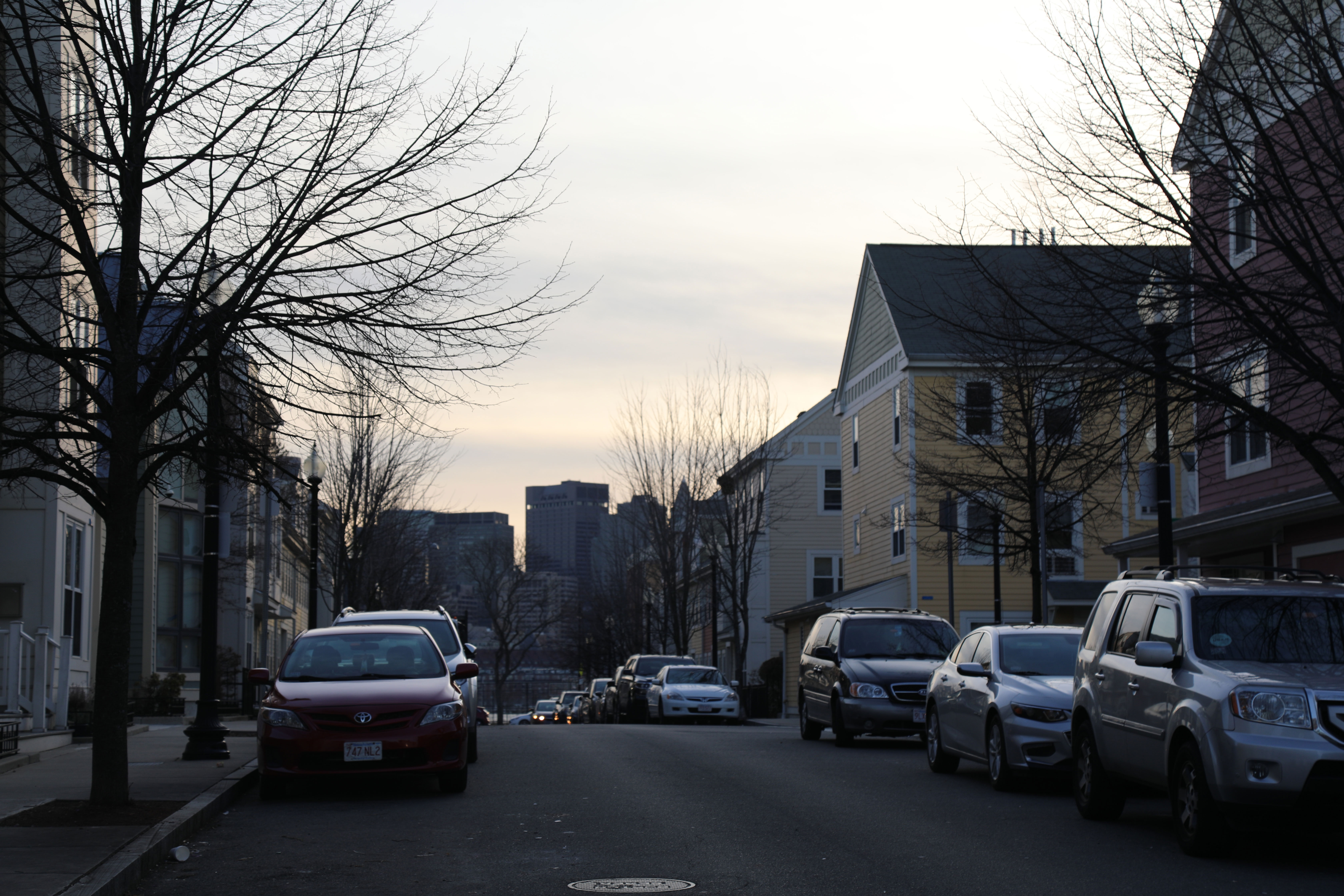